If you paid attention closely, you might have seen a pair of glass doors in the yard sale items in my last post. 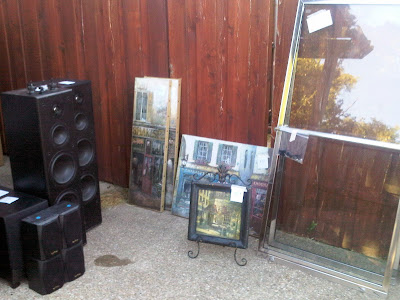 Well, a couple of weeks ago, these were firmly secured to my guest bathroom tub/shower, but I decided they needed to go.

I never really liked them, since the moment we bought the house. Plus, in addition to the look, this is also the tub used for the dogs' baths (we thoroughly clean before our guests come), and the doors were simply in the way.

I read several websites that told how to remove them and had seen some success stories, so I decided this was something I could do on my own.

Knowing this was a project on my list, Landon surprised me one Friday while I was at work and did the difficult (or heavy) part of removing the glass part. All that was left for me was removing the frame. 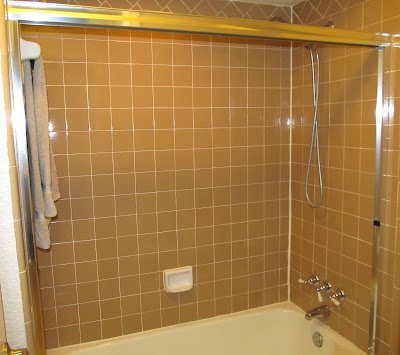 I wasn't sure if removing this was going to be easy or difficult. In some of the online forums I had read stories about people needing crow bars to get the job done but that seemed extreme. Also, a couple of people mentioned chipping the tile during this process. All of this made me a little nervous.

First things first, I removed all the screws and took the top bar off.

Next, I ran a metal putty knife down the caulk along the frame to "cut" it. Then, I slowly started pulling. To my surprise, once the caulk was "cut," the rest was a snap. That was, until I got about halfway down. As much as I pulled, it just wouldn't budge. Then, I realized there were two screws we had not seen to remove. They were hidden behind a little black rubber piece. Once these came out, it was easy peasy.

I was so proud when I got the first bar off. Matter of fact, I ran into the living room where Landon was and yelled, "The first part is off! Woohoo!"

It left quite a bit of caulk residue, but nothing a good scraping couldn't remove.


I think the worst part was removing the bottom bar, which sat against the tub. It was absolutely disgusting from years of mold and mildew. 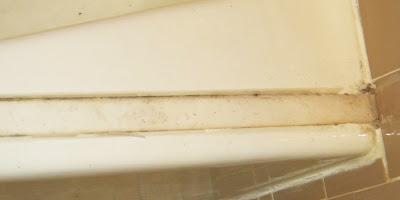 It took a LOT of scraping to get the remainder of the caulk off, so much so that my fingers hurt the next day.

But, it was completely worth it, because now I have a beautiful, shower-door free tub! 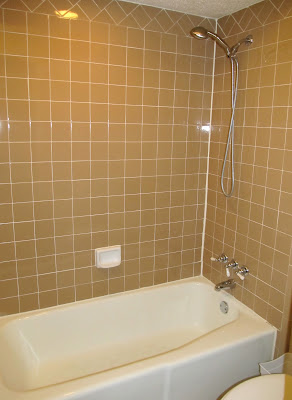 Now I'm on the hunt for a shower curtain. I've had really bad luck with picking curtains in the past. Matter of fact, I sold three different ones that I no longer liked in the yard sale. I have my eye on a few so hopefully I'll have this dilemma fixed soon.

I found a shower curtain on Amazon that I really like (it has African animals on it - I wanted that specifically). There's a ton of variety out there. :-) Good luck!