Well, I've done it ... I finally joined Pinterest last week and I'm officially hooked. I didn't see the appeal at first but after browsing and seeing all the inspiring pins, I now get it. I'd love to follow you, so let me know if you are on Pinterest. You can find my pins here.
Well, as I was browsing Pinterest this weekend, I saw this pin, which my friend Ashley had pinned, and loved it.

Apparently, everyone else loved it, too, because as soon as I pinned it, it was repinned several times.
I love the simplicity of these letters. The more I thought about them I remembered I had a cardboard "C," which I had bought a few months ago. I thought I was going to paint it, but I just wasn't convinced that would be best, so I thought, why not give the yarn a try? 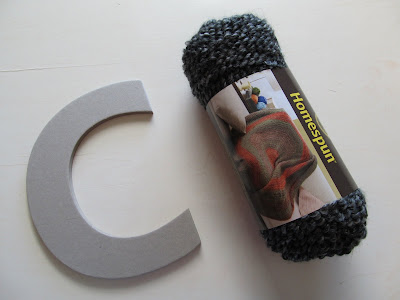 You'll notice the yarn I bought was not a smooth yarn. I actually realized later that this was a good thing. After looking at the Pinterest yarn letters closely, I noticed they had wrapped from several directions, so I first started wrapping horizontally. I pulled out the glue dots to help me get started. 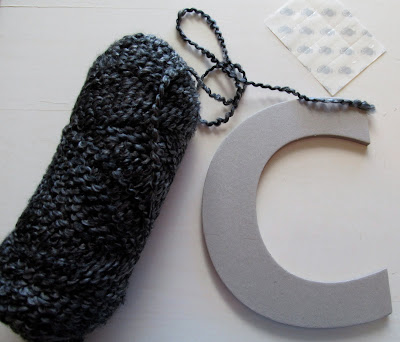 After the first "wrap," this was the end product. Not very pretty. 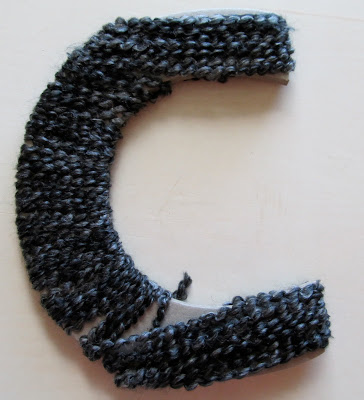 But, things were looking better after the second "wrap." 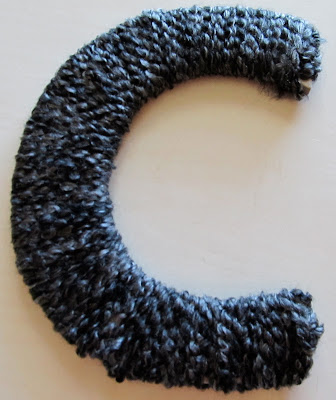 Except for the corners; they were still looking rough. I found it a little difficult to cover them. Every time I tried, the yarn would slip and uncover a portion of the cardboard. 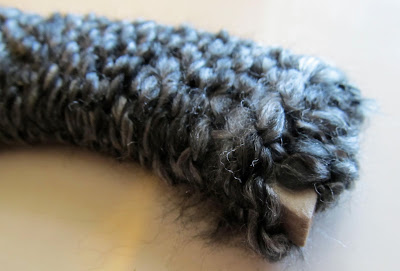 So, I got creative. I cut some small strips and glued them over the edges using glue dots. 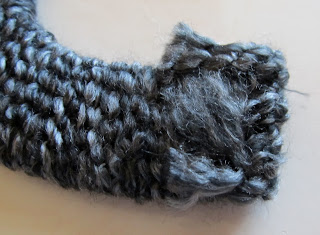 And, after a few more wraps, it was finally completely covered, corners and all. With every wrap, I realized I liked the non-smooth yarn because it really hid all the imperfections. 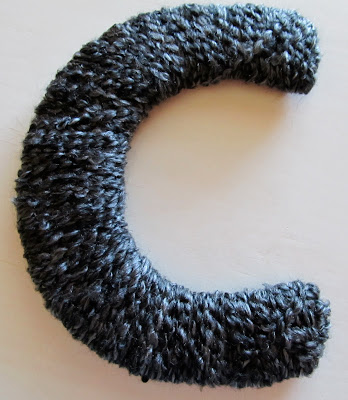 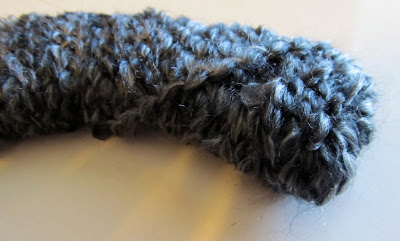 I really like it plain, but I think it would be even cuter with some decorations on the bottom of the "C." I'm thinking a cute felt flower or pom pom to keep with the "homespun" look. I didn't have either, so for the time being, I just laid some buttons on it to see what it would look like. 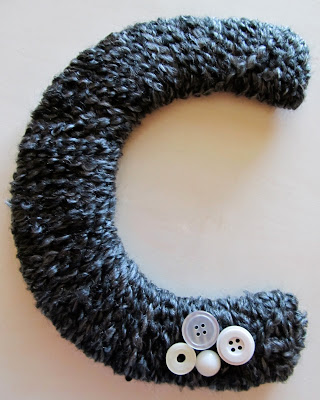 I haven't glued anything down, so I may look for something better. I have plans to put this on my bedroom wall in my frame art, which I am a little closer to having done. I'll tell you about it soon.

Email ThisBlogThis!Share to TwitterShare to FacebookShare to Pinterest
Labels: DIY

Love it! I have yet to pin anything, but it can make you crazy...so many things to make...so little time!

I love it! It really turned out great; I have to confess, when I saw your yarn choice I wasn't sure...but I love it!